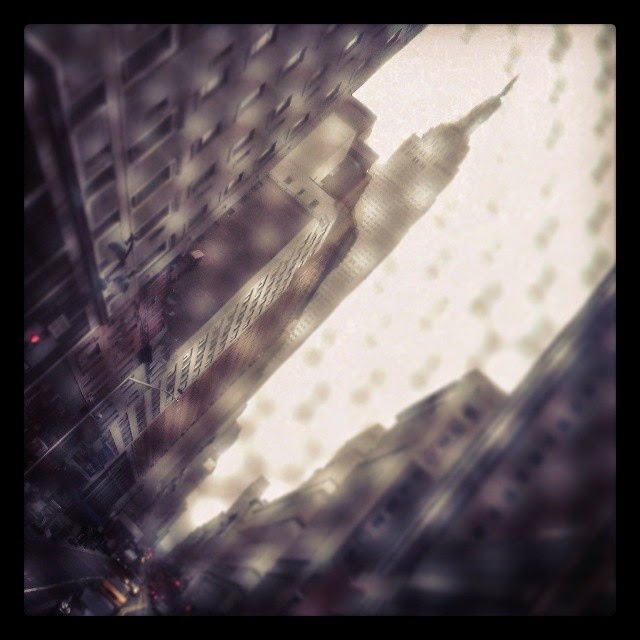 After so many wonderful days of eye geekery, it was definitely time to head home.  Day six was done, we had finished with the expo, safely hopped on board the shuttle bus headed to the airport and settled down.  We traversed Manhattan on the way out and managed a last fleeting glimpse of some of the sights, Macy’s, The Empire State Building, a last look down Broadway.

Then we were headed through the suburbs and staring out on the rain soaked houses and businesses.  After so many days immersed in the eye world, there is always a sense of reflection at times like this.  Our chat turns to what we had seen, what had excited us.  We talk about the new frames that we had purchased, some of the new clinical instruments.  It also gives an opportunity to discuss what we had been interested in and would earmark as a item to watch for future shows. 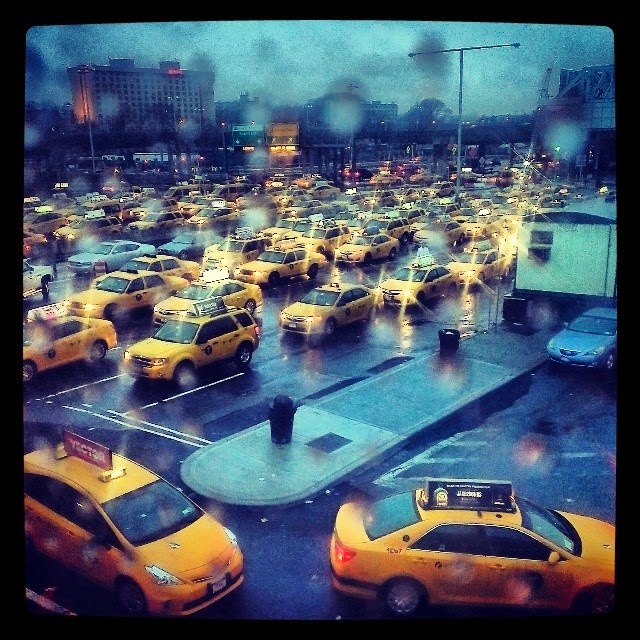 Soon enough we arrive at the airport and negotiate our way through check-in, security and find ourselves a quite corner in which to settle for the next few hours until our flight is ready to depart.

Gazing out we are treated to a never ending stream of taxis slowly snaking their way through to pick up new passengers.  It really is a grey and miserable day.  Then again, we were headed home.  We had dodged the bullet of the snowstorm which slammed in to Nova Scotia, the worst of the winter.  Not long to go.

Except, while we are watching the rain slowly drip down the window there is something brewing further north – an ice storm!

We start to receive news about Halifax airport having cancellations and delays due to freezing rain … you have to be joking!  Apparently not, but our flight looks good.  The time comes to make our way to the gate – “I’m sorry, your flight has been cancelled”!  Seriously?

So it seems like our mammoth trip is not over.  We are sent to a nearby hotel, well, when hotel would be a generous definition!  There are bars on the windows, the corridors slope at an alarming angle and there is a definite sense of not being alone in your room.  You’re not!  With a couple of sightings of Porcellio scaber a quickly drawn conclusion of this not going to be the best night’s sleep ever is made!  It’s hard to believe that we have moved from the rather wonderful Yotel to this!

Ah, well, we all survive the night and get a flight home in the morning!  Phew! What a marathon trek, but it has been so worth it.  We have some fabulous new things to bring back to Ocean, we’ve full of enthusiasm and energy for the days and months ahead.  With the time spent with Tom Davis our skills with being able to Couture a frame are enhanced and we are sure that people will love the ability to have a custom made frame which fits perfectly.

I hope you’ve enjoyed this series of blogs about Vision East Expo, New York and adventures of these two optometrists and one optician – eye geeks to the core!