At Ocean Optometry, we never want you to have just another run-of-the-mill eye care experience. We want you to walk away feeling as though you’ve just visited your friends.

Ocean Optometry was born from the idea of friends looking to work and collaborate in a way never before seen in an optometry clinic. We aren’t just here to collect a paycheque, we are here because we love what we do and we love working with each other, and we want to share this unique experience with you!!

Each one of our optometrists and opticians are highly trained and motivated to bring you the service you need. We pride ourselves on coupling a fun, one-of-a-kind eye care experience that is simply unparalleled with over sixty years of combined optometric experience. No matter what, you’ll be leaving Ocean Optometry with a smile on your face.

Why We Do What We Do

Our passion and drive starts with you! We get up every morning with a smile on our face knowing that we’ll have the privilege of helping the people of Halifax with the best of our abilities.
If you’re looking for a team dedicated to serving you and your vision, you don’t have to look any further than Ocean Optometry. 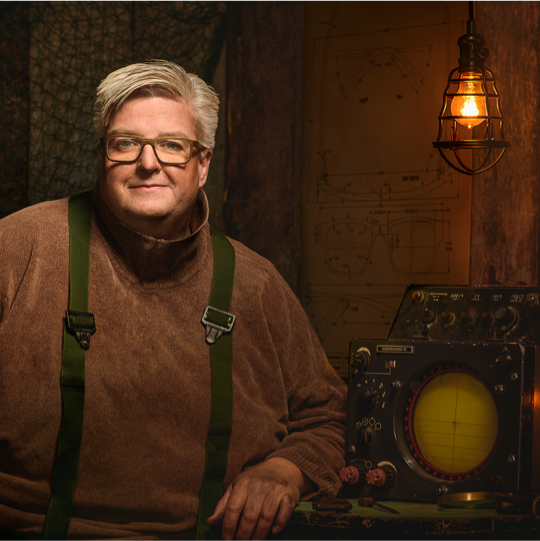 You could say that optometry is in Dr. McGinty’s blood! Euan was born in Ayr, Scotland, the son of an optometrist. He grew up knowing his father’s business and spent much of his late childhood helping out in the lab, working with frames and lenses and generally getting in everyone’s way!

It was no surprise that Euan went on to study optometry at Cardiff University, Wales and qualified in 1993. Once qualified, he moved to the Highlands of Scotland, where he practised until 2009. Initially working for two different companies with quite contrasting styles of optometry, Euan became self-employed in 1996 and worked in various locations as a locum optometrist.

In 1999 Euan opened his first office in partnership with a colleague. The business was a success from the very first day. In 2000, the partnership grew into a four practice group, still owned by the two original partners. Always happiest being in charge of his own destiny, business ownership and independence are key traits to Euan’s career.

After living in the beautiful Highlands of Scotland since 1994 and having built up a successful business and now with a loving family, it was time for a new adventure! In 2009 Euan successfully completed the bridging program at the University of Waterloo for qualified optometrists entering Canada. This then allowed him to write for the Canadian Standard Assessment of Optometry and the Nova Scotia Jurisprudence exam. After passing the exams at their first sitting, Euan and his family moved to the HRM in January 2010, ready to start the next exciting chapter in their lives.

Euan has always had an interest in all aspects of optometry from the eye examination right through to the completed eyewear and loves to see things from beginning to end. The interest in eyewear led Euan to attend many of the international exhibitions that occur annually, with the principle ones being in Milan, New York, and Paris.

Attending the exhibitions allowed Euan to see ranges of frames that otherwise would not be available, to meet with the designers and creators behind the ranges, and to learn about the processes, materials, and artistry that go into creating each set of frames. Euan loves to share this enthusiasm for eyewear, and this is seen in the wonderful collection of frames available at Ocean Optometry.

Euan has a particular interest in dry eye and has a passion for helping patients find relief and comfort. He has spoken at various industry conferences and events and is considered a key opinion leader in Halifax. Euan has taken a leadership role in business development and mentoring and loves to share his expertise with fellow professionals. 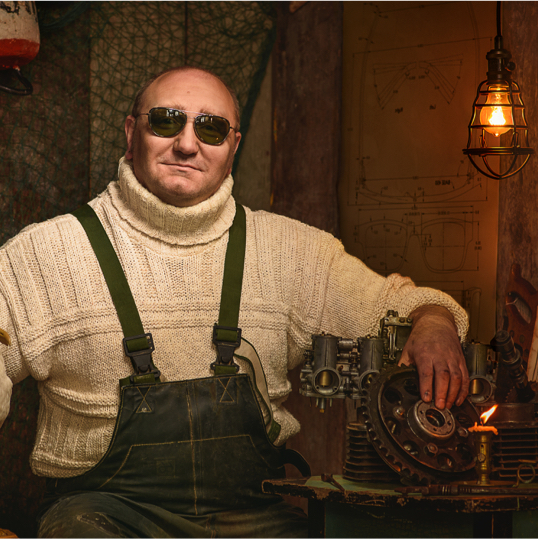 The path to being a true ‘eye geek’ is not always a straight one. However, there are perhaps few with as many twists and turns like this one! When David, or John as he prefers to be called, first left school, he undertook an apprenticeship in electrical engineering with British Coal. He successfully completed his apprenticeship and worked as a qualified colliery electrician for 18 months. Unfortunately, the mining industry in the UK took a turn for the worst in the early ’90s and John successfully applied to become a police officer with the Nottinghamshire Constabulary.

During his time as a police officer, John achieved two commendations: one for bravery and the other for exemplary performance under extreme pressure before being medically retired due to a severe assault while on duty in 1999. After this, John embarked on a third career change where he returned to college at twenty nine to complete his high school education, eventually leading to him attending Bradford University, England, and qualifying as an optometrist in 2005.

Following his qualification, he worked for two large optometry chains, which approached patient care very differently. One was very patient orientated and the other sales-driven. This gave John a good insight into different styles of optometry practice. While creating growth for both businesses, he knew that neither business was true to his style. Being quite the individual character, John decided it was time for new pastures, and this led to him, with his family, setting sail for Canadian shores.

John undertook the Optometry Bridging Program at the University of Waterloo and the Canadian Optometry Board exams in 2009 and has been working as an Optometrist in Canada since early 2010, both in Newfoundland and Nova Scotia on a self-employed basis.

John is a respected key opinion leader in his community and frequently speaks at industry events across the province. He has a keen interest in dry eye and is passionate about helping patients manage their chronic conditions. John enjoys sharing his expertise with other industry professionals and takes pride in playing a significant role in business mentoring. 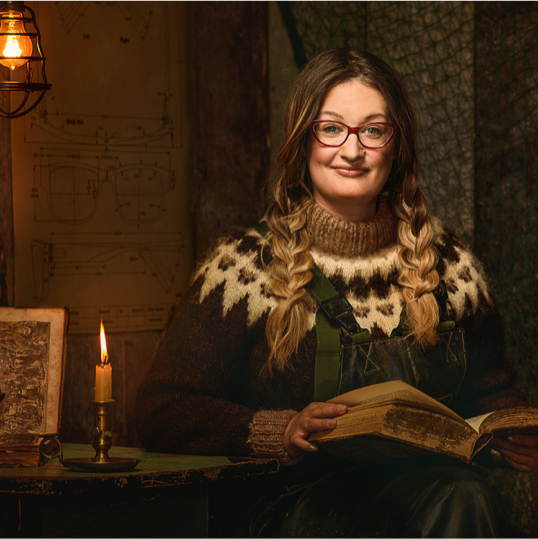 A Halifax girl born and raised, Alicia has been in the optical field since 2006.

She stumbled onto the optical world by chance after taking a year after high school to find the right path for her.

Alicia worked at a department store that happened to have an optical located inside. A job posting for a fame stylist became available, and she thought, “I can do that!”. She was offered the job on the spot during her interview. During her time at that location, with an eventual transfer to a larger and busier store, she realized she wanted more and decided to enroll at the Northern Alberta Institute of Technology’s course of Optical Sciences to become a licensed optician.

After a relocation in 2008 to a locally owned business in Dartmouth, Alicia earned her license in August of 2010 and hasn’t looked back.

A chance trip at Nocturne in the fall of 2014 brought Alicia to Ocean Optometry for the first time, and right out the gate, she knew this was something special. The quality eyewear and professional but fun approach to the business drew her in right away.

She has always been drawn to the fact that a pair of eyeglasses can’t only make you see the best you can but can also alter your look and attitude! Her philosophy? Eyewear needs to bring you visual clarity as much as it needs to make you feel like a million bucks wearing it. It’s that simple.

Alicia enjoys spending time with her partner, Danny. When she isn’t at work, you can usually find her on a comfortable chair somewhere with her nose stuck in a book with a coffee in her hand, or at the soccer field (rain or shine) to cheer Danny on.

Visit Our Practice & See For Yourself

Nestled only a few blocks away from the Halifax Waterfront, Ocean Optometry is located just off the corner of Blowers Street and Grafton Street, the world famous Pizza Corner. Find out more here about where to park!

More of Our Services 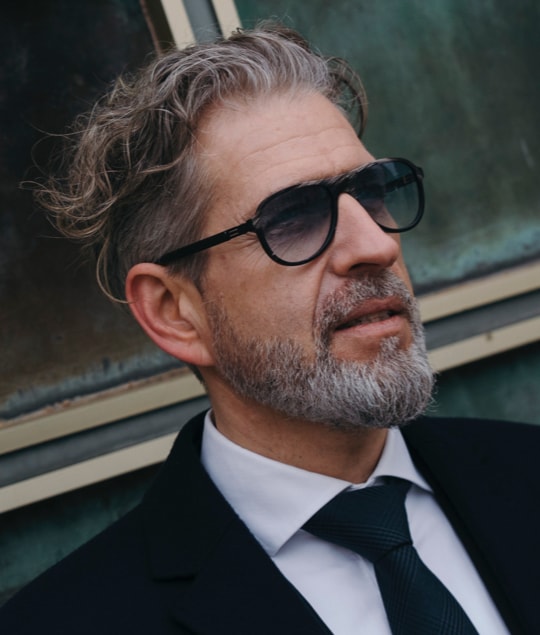 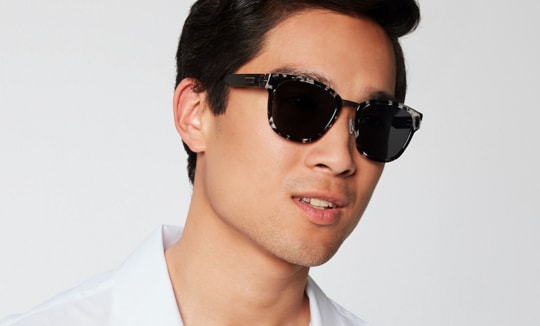 “Friendly, professional, and quick! Their customer service and willingness to help can’t be beat. I’m happy to ‘belong’ to this office- they know my name as soon as I walk in the door. Can’t get that many other places!”

“If you are looking for fabulous glasses, which are a bit more stylish than the average offerings, Ocean is the place to go.”

“Thanks for the wonderful experience. You guys really get eyecare!”

“Very informative and kind staff. Dr. John Wilson was so friendly and went through all the imaging and testing in great detail! I will continue to come here on a regular basis for eye care.”

“Always a great experience. Eye exams are thorough; both optometrists have been pleasant, professional, and very knowledgeable. Great selection of unique, quality frames. All staff have always been beyond helpful!”

“If you want a first-class eye examination from people who love what they do, alongside a unique look in your glasses and great vision, then Ocean Optometry is the only place to go.”

“Saw Dr. McGinty today for a same-day appointment due to getting something in my eyes over the weekend. The staff was incredible; Dr. McGinty was knowledgeable and personable. Didn’t have to wait and got right in and was in and out in 15 minutes without feeling rushed. Their staff was delightful and overall great experience. Will consider switching here for all my eye needs.”

“A gem of an optometrists with a real cutting edge selection of glasses and really thorough eyecare.”

Dr. John is on the board of the Optometry Examinat

For the safety of our patients and staff, we will

It's time for Ocean Optometry brigade to have a qu

Book in today for your 2023 eye exam and start the